Hello friends! When we spoke last, we told you about our trip to San Francisco, and today we thought we would fill you in on some of the best places to eat there.

We found choosing where to eat in SF a little overwhelming as there are so many options to choose from. It was also difficult because we felt that everyplace we chose was so good, that we had a hard time not wanting to hit the same places more than once. We did try to contain ourselves from repeating restaurants, because we wanted to try as many places as we could.

We also wanted to try some places that were a little out-of-the-box.

When Shanna started to do some research on SF (something she does before we go on any trip), and she started by googling “Unusual places to eat in SF”, it came up with several different options.

One of the first was Asia SF. It described a delicious, 3 course meal while being entertained with a burlesque-type show.

Now a burlesque show isn’t something that we encounter here in Kansas very often, so we decided to give it a shot.

When we arrived at the Asia SF location, it honestly looked like a little hole in the wall type of place, but when we entered we were greeted with blue lit-up walls and some gorgeous wait staff, both men and women. 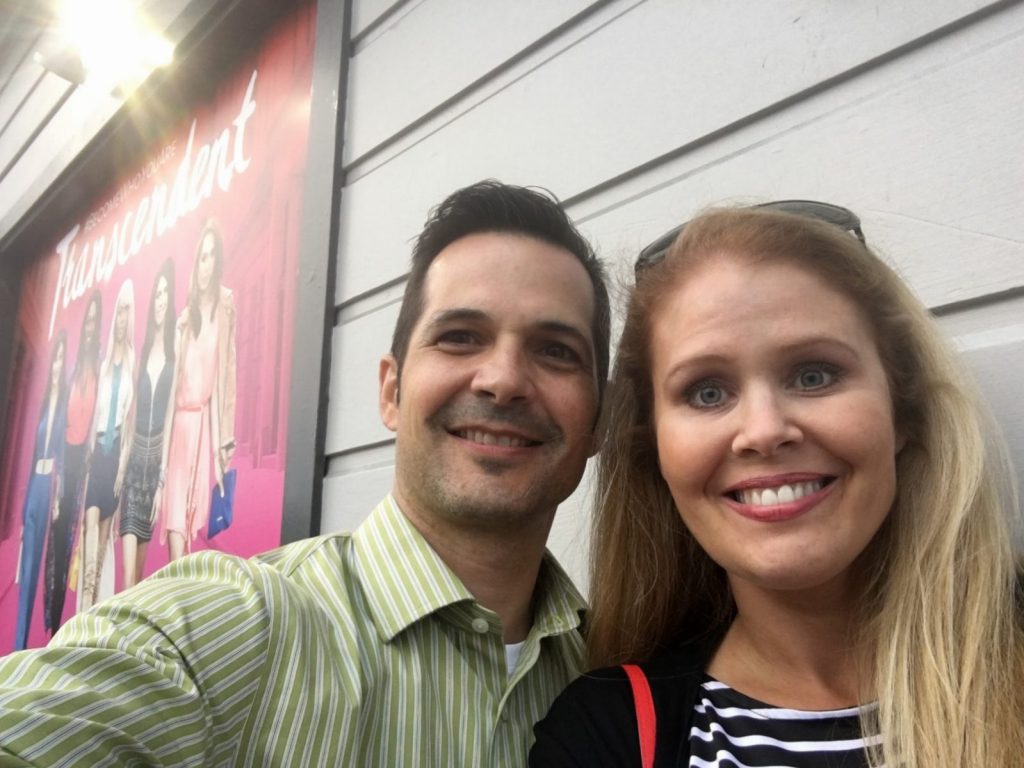 It’s a smallish room, where the outer perimeter was lined with bigger table for bigger parties (there were several groups celebrating birthdays and bachelorette parties) and smaller parties like us sat at the square-shape bar in the center of the room.

The bartenders took our drink orders, and Shanna ordered a drink called “Amber’s Sex Kitten”, which was some type of pink fruity concoction she downed in no time … and Topher had a beer. 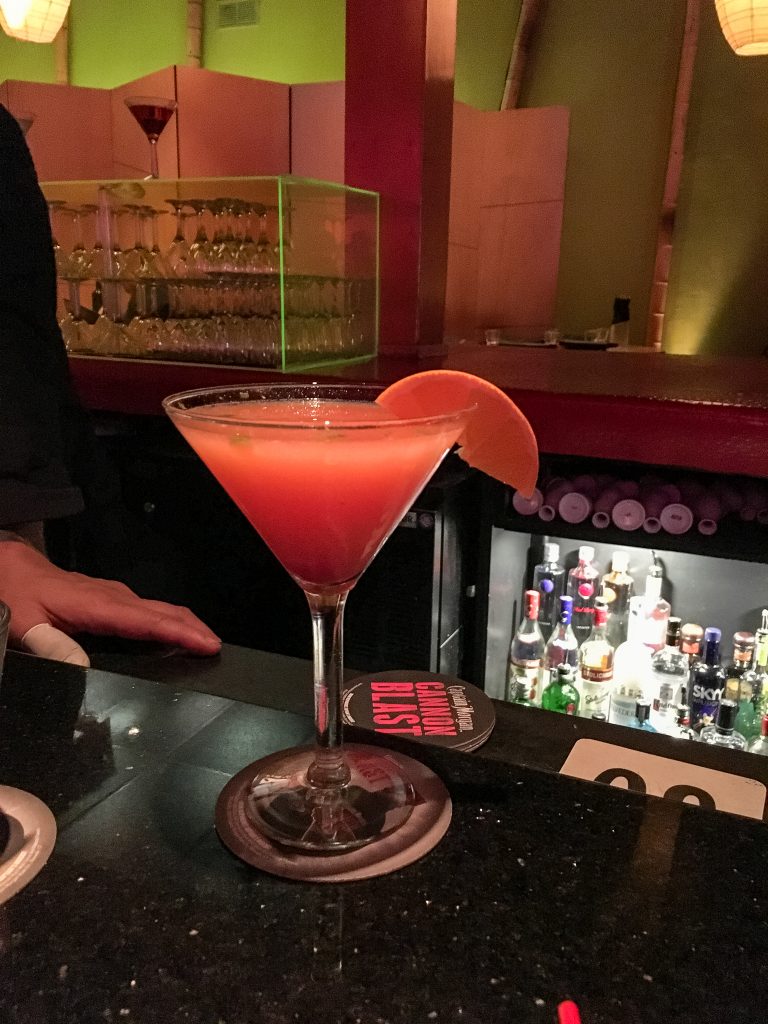 They took our appetizer orders where we got the Tamarind Chicken Satays and the Salmon Firecrackers. 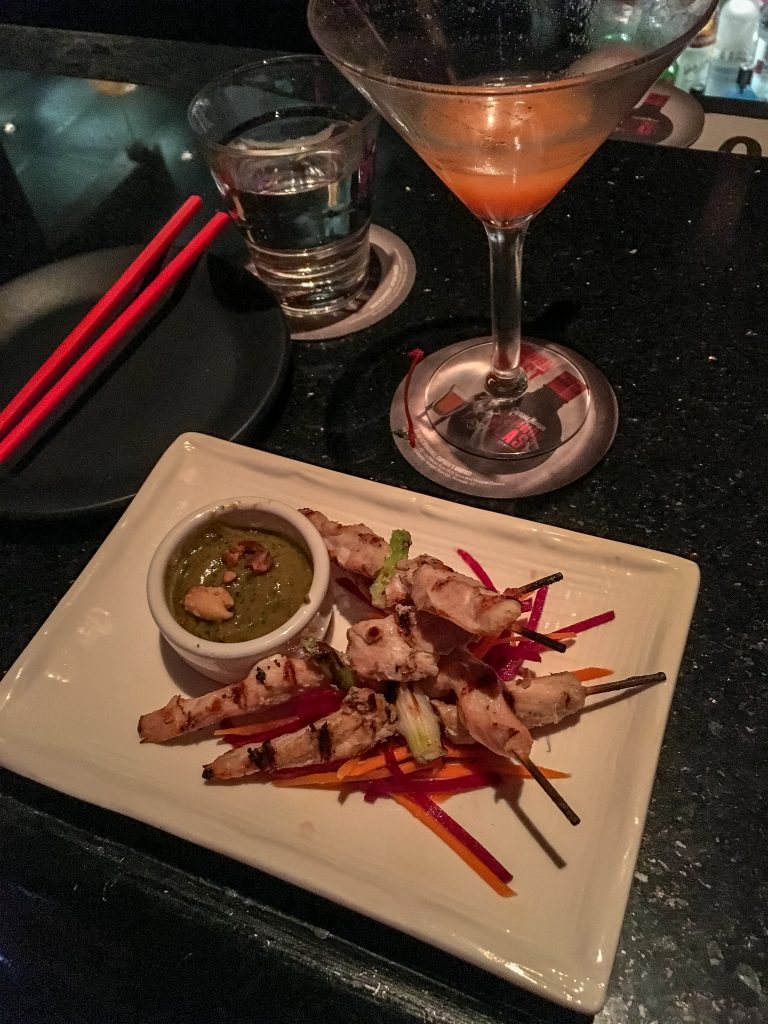 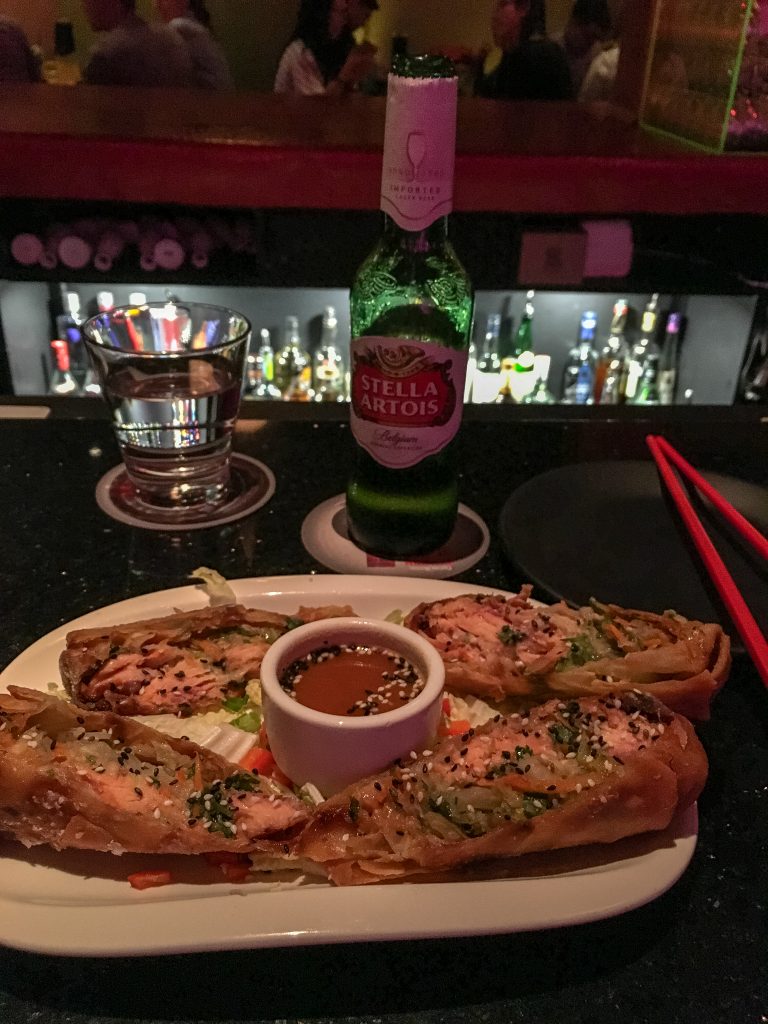 Both were absolutely delicious.

Then all of the sudden the lights dimmed and the show began. It turned out that all of the performers were transgender … and drop dead gorgeous!

They would jump up on the stage and dance pretty provocatively while lip syncing to songs from Brittany Spears to Tina Turner. They really got the crowd going, and it was so much fun to watch! A little warning, the dancing/costumes were a little risque, so this is definitely a place for grownups only.

Being seated at the bar, we really got to talking to the people seated next to us, which is part of the fun of traveling.

Our entree’s came were we got the Miso Glazed Salmon and the Filet Mignon, both were amazing.

Dessert was Banana Beignets Split and Warm Chocolate Cake. All of the food has an Asian flare, which was delicious and interesting. We were there a little over 3 hours but were really impressed with the food and the entertainment. 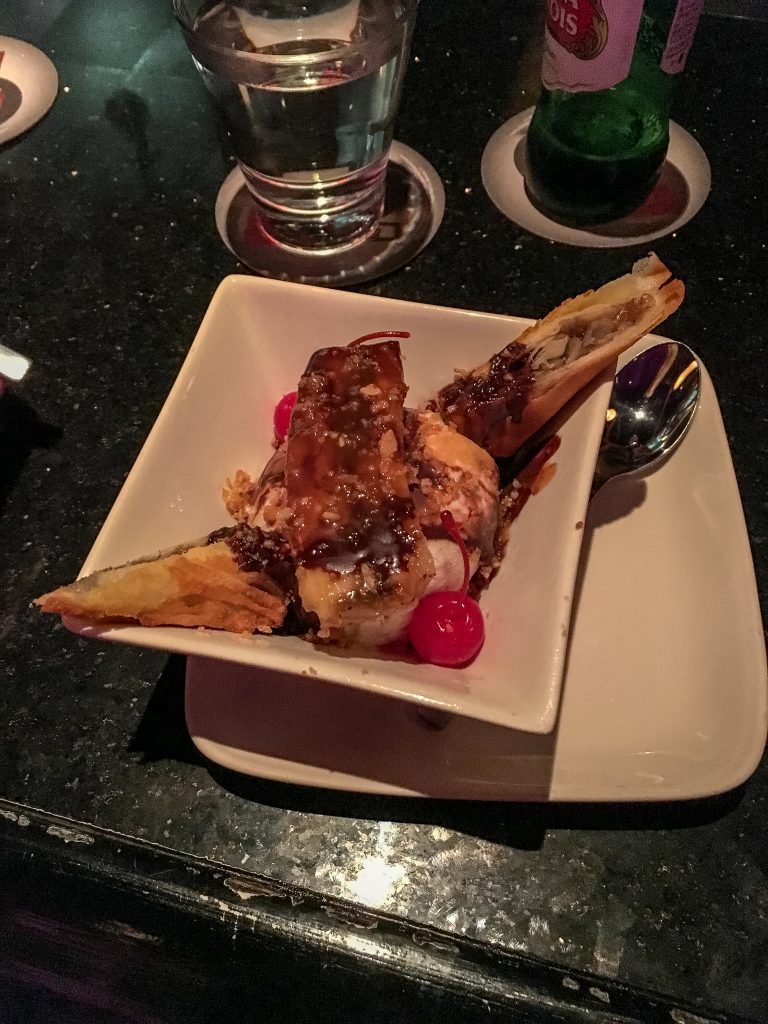 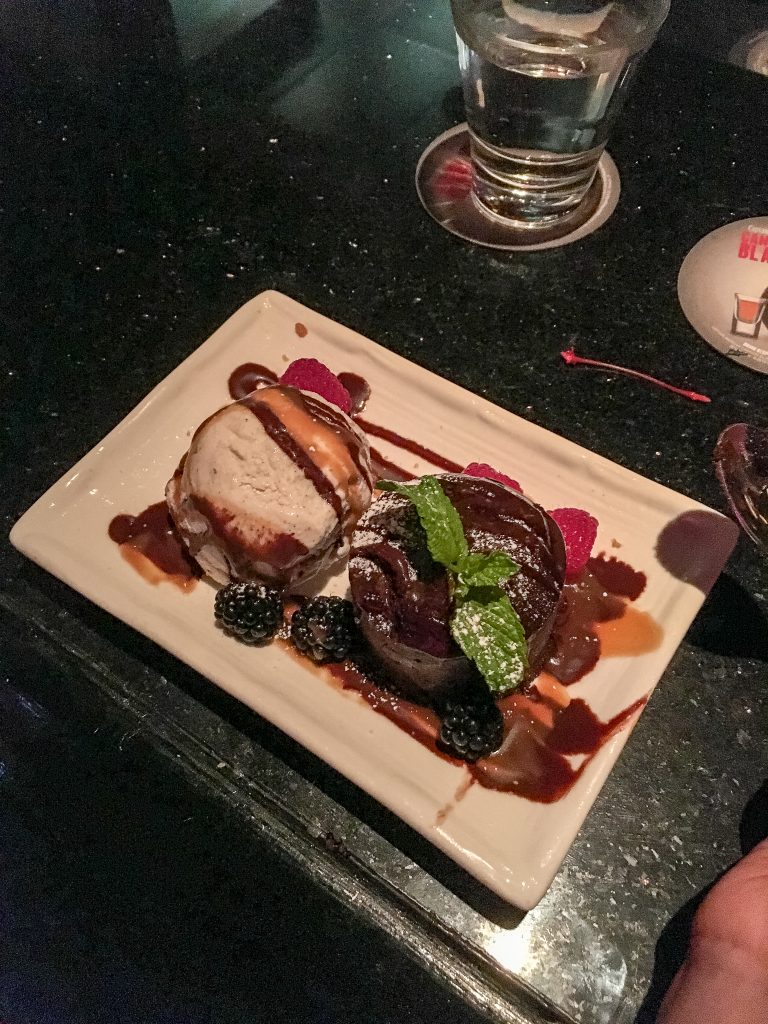 The second day in town, after hiking our way across the city, we accidentally ran into In & Out Burger!

Now I know it’s just a burger joint, but it had been on our bucket list for a long time as they are only on the west coast. We weren’t sure if they were going to live up to their Hollywood hype, but let us tell you friends that they did.

Was there a line all around the building? Yes there was, but it actually went pretty quickly, and we lucked out and were able to eat inside.

In the future, any time we are on the west coast, we will try to hit another In & Out Burger! 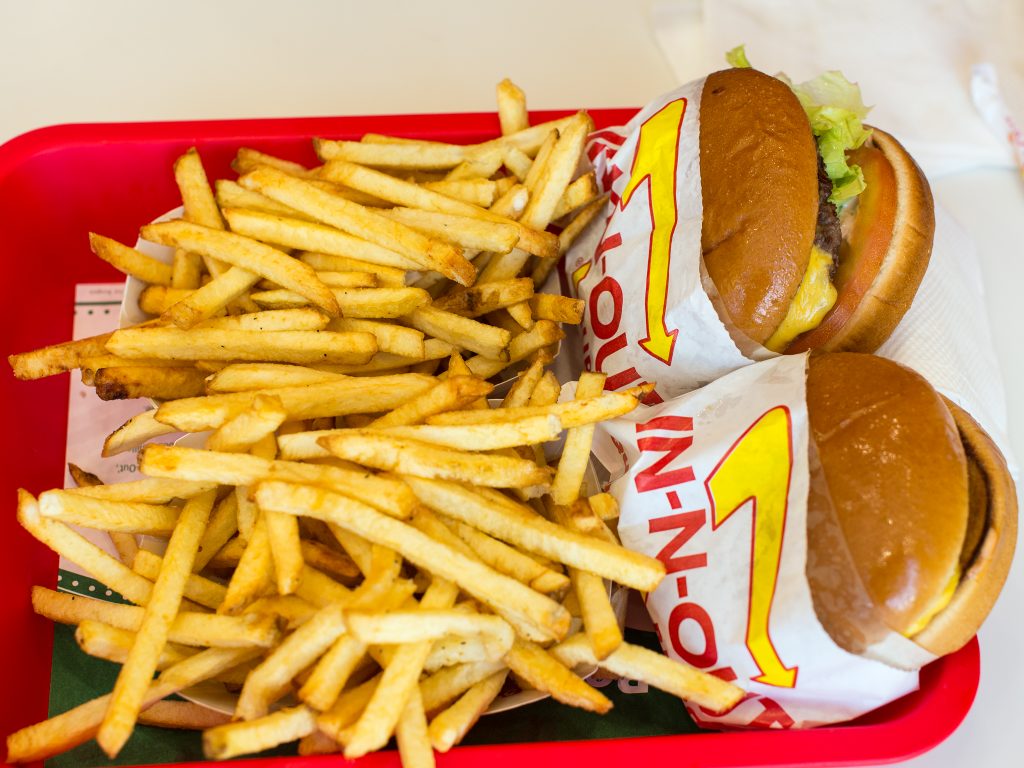 Another fun place we hit was The Franciscan Crab Restaurant, which was recommended to us by one of our blogging friends.

It is right on The Wharf, and when we were seated, our table overlooked the water, and it was gorgeous! We were in heaven in SF because there was fresh crab everywhere you looked … which we don’t get back home.

We decided to take advantage of this, and Topher got the Crab Enchiladas, which were to die for, and Shanna got the Crab Chowder, which came in a sourdough bread bowl, and she could have eaten 10 bowls of it! 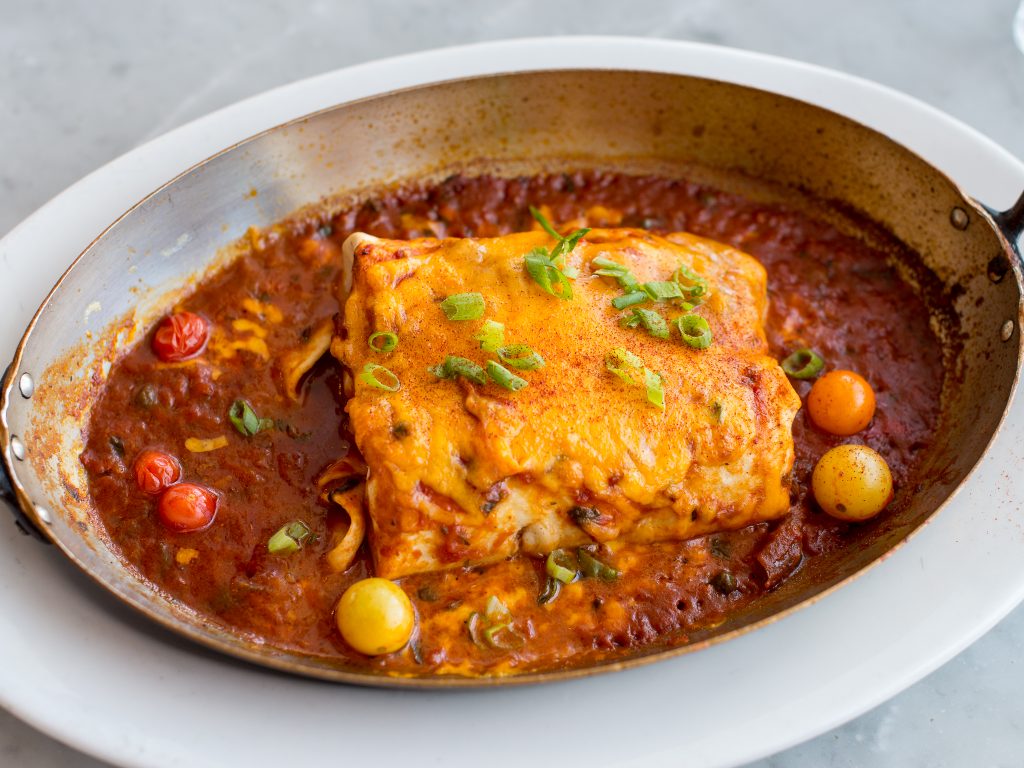 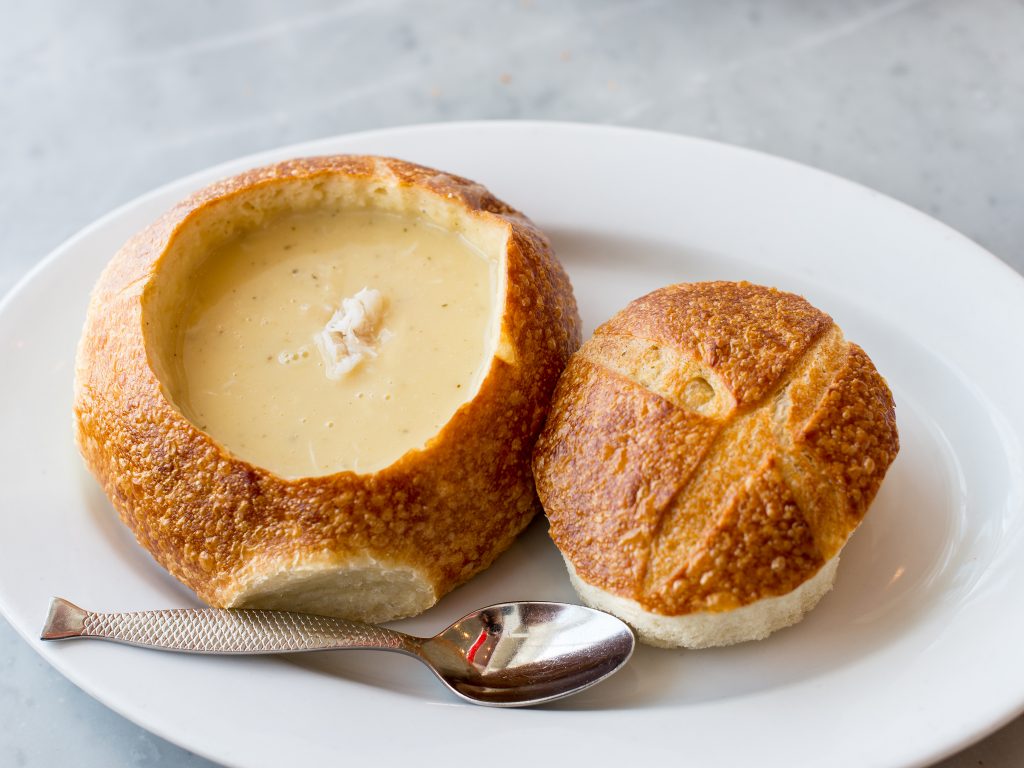 While in SF, we stayed at the fabulous Loews Regency San Francisco, and we were so impressed with the hotel we knew we had to try out their restaurant Brasserie S &P.

For breakfast, I decided to get the lemon blueberry ricotta pancakes, which were out of this world, and Topher got his usual, tried and true omelet, which was also amazing. 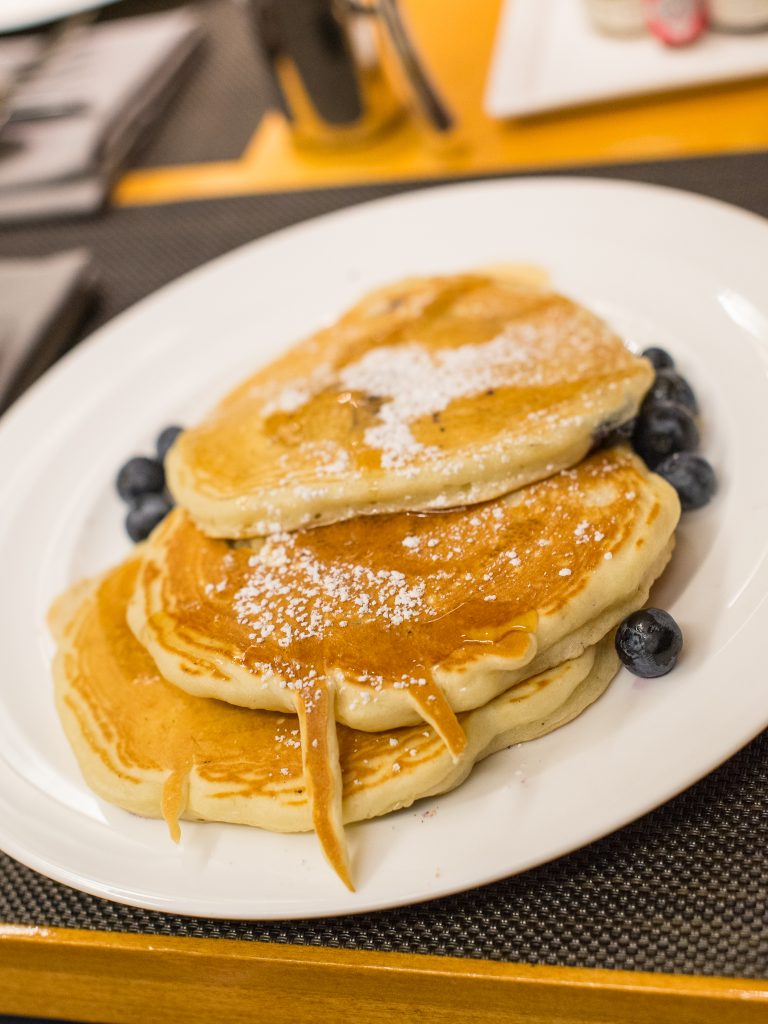 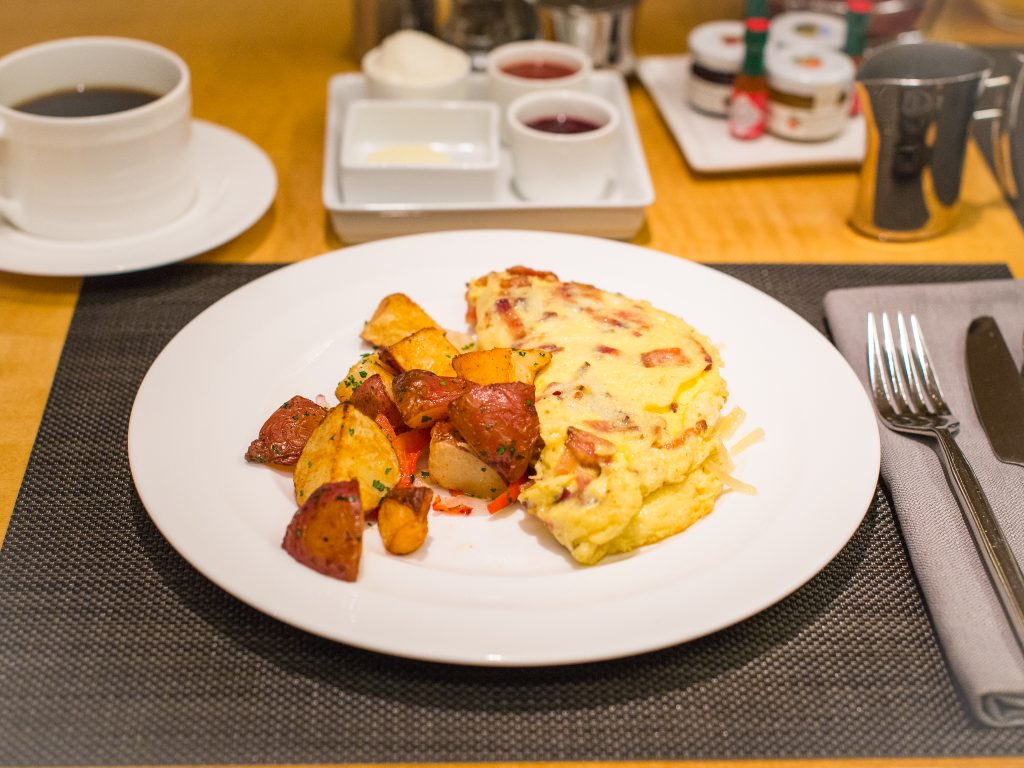 When we told people we were going to SF, the first thing everyone said is that we had to go to Tartine Bakery.

When I told Topher we had to go, he was less than thrilled as the bakery couldn’t have been farther away from our hotel. With a little arm twisting he gave in, and the next thing you know we are standing in line in the drizzling rain at 7:15 am, waiting for it to open. He kept giving me his “This better be worth it” look.

We were the second people in the door, and our eyes didn’t know what to focus on first. Big display cabinets filled with delicious looking cookies, tarts, scones, and cinnamon rolls! So what else were we to do but to try everything! Well maybe not everything but pretty close.

We ordered macaroons, a lavender lemon tart, a morning bun (which is like a cinnamon roll on steroids), a savory scone filled with bacon and cheeses, some of the most fabulous quiche we have ever, had and some off the charts cookies! Topher also ordered the best (plain black) coffee he had ever had in his life! Weeks later he still talks about it.

We dug in and we ate until we were full, and then we still kept going.

The ridiculous amount of food you see on our table below? Yeah, we ate it all. Every last crumb.

Were we miserably full for the next two hours? For sure. Would we do it again? Absolutely. This is one place you can not miss if you are in SF. 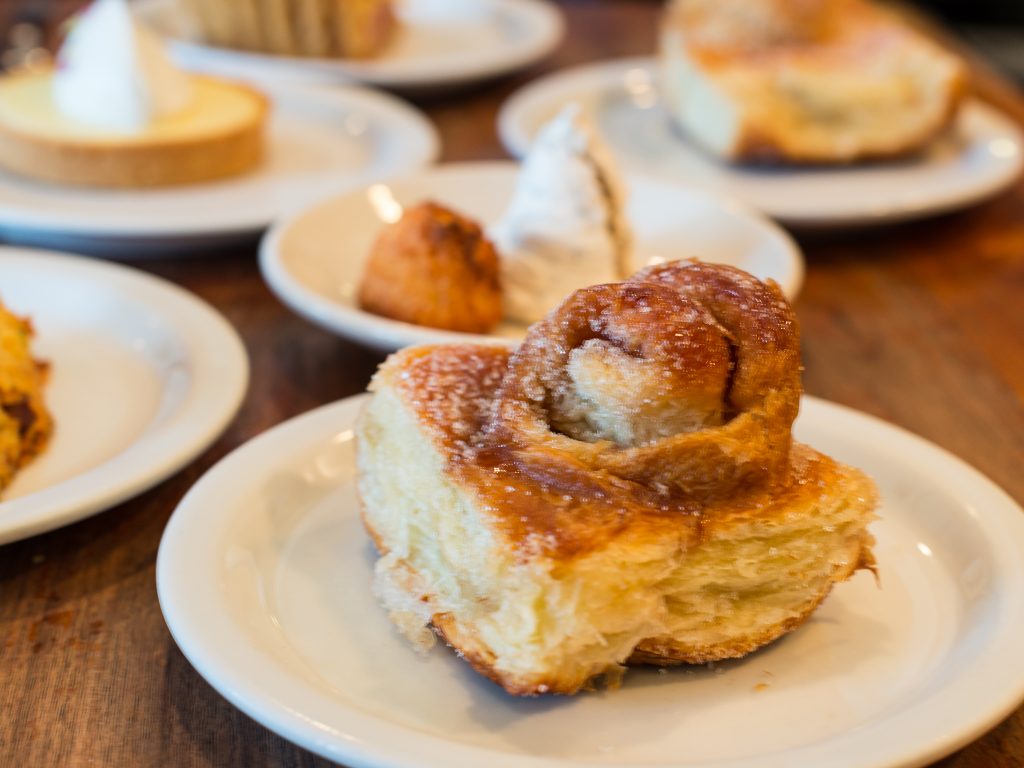 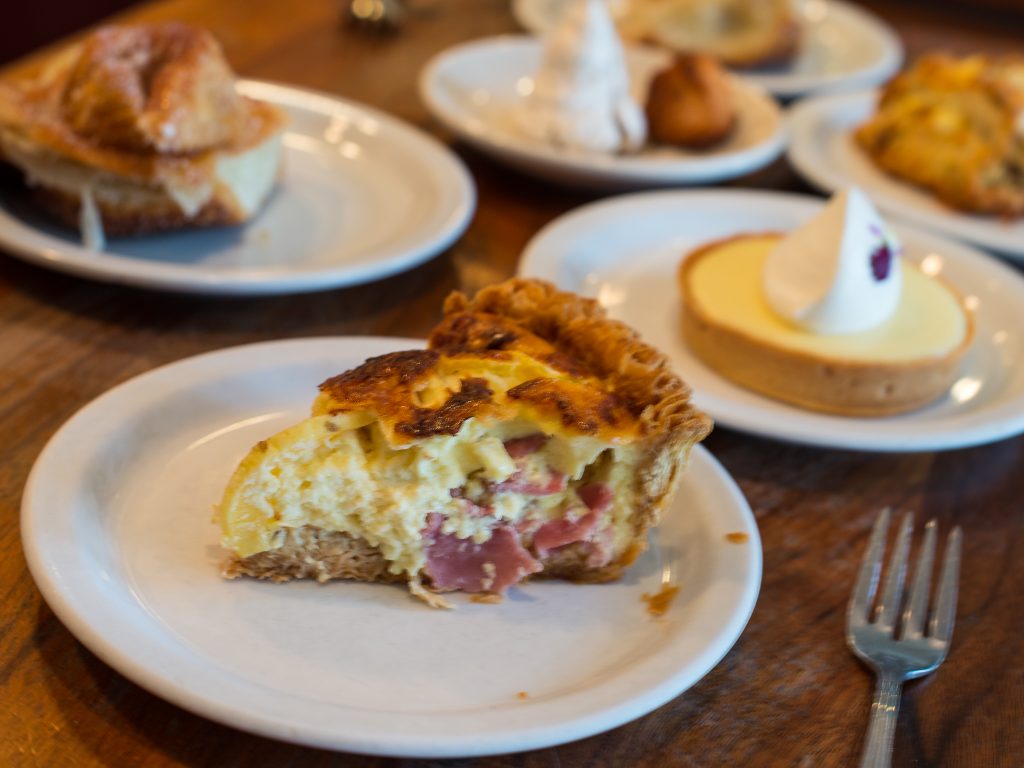 Our last night in town we decided to try Waterfront Restaurant.  This place was absolutely beautiful!

When you walked in, it felt like you were in this rustic lodge with fabulous beams and magnificent windows. We chose to eat right on the water, and when I say that we were literally feet from the water. The ceiling was decked out in little twinkly lights that made it feel so romantic.

As we mentioned that we don’t get a lot of fresh seafood, we decided to indulge at dinner. Topher got the most amazing grilled sea bass, while I totally splurged and got the mixed grill, which was grilled salmon, shrimp, scallops and lobster tail.

Oh and I almost forgot our side of crab mashed potatoes! It couldn’t have been a more perfect meal.

After that we literally had to roll ourselves back to the hotel! 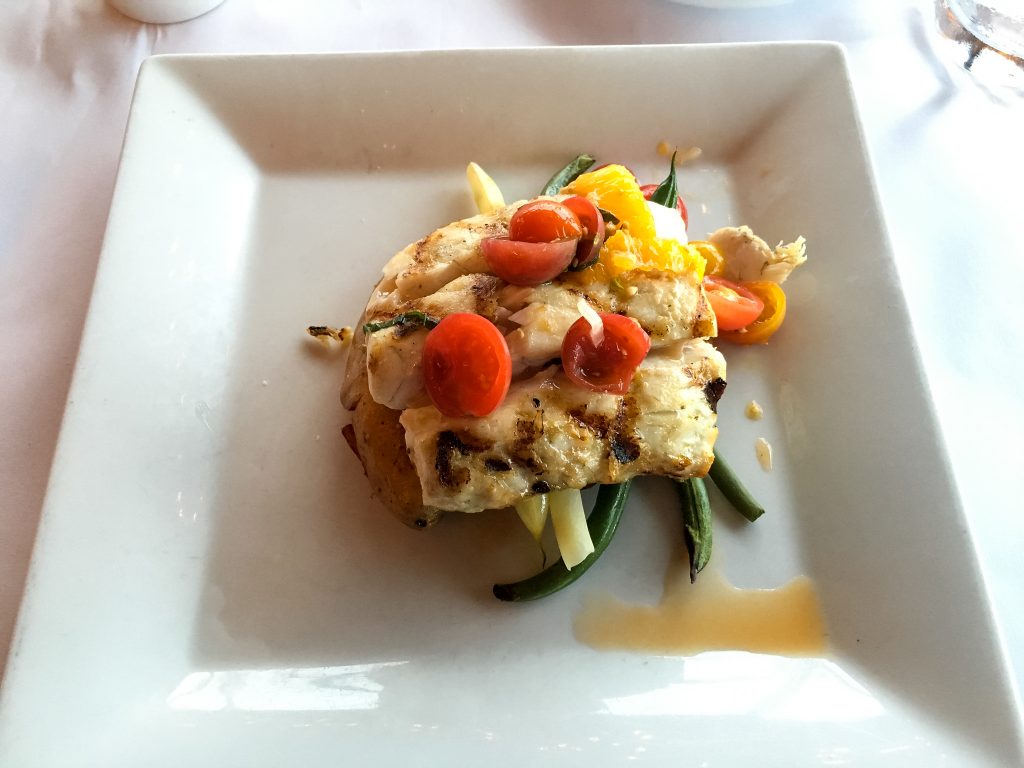 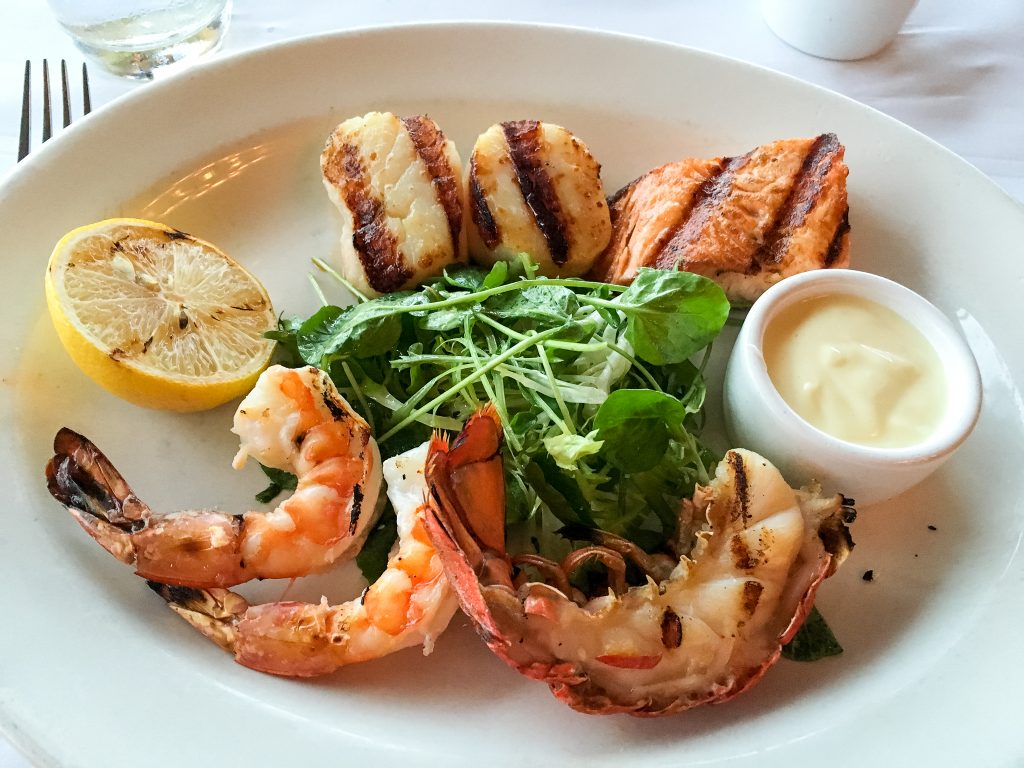 While we were in town, it was our 19th anniversary, so we decided to live it up a little by eating at Forbes Island.

Forbes Island began as a residence, and is now the only floating island restaurant in the Bay Area. We dined underwater, beside portholes, next to the fireplace!

The island has its own palm trees, waterfall, lighthouse and wine cellar. A boat came and picked us up to deliver us to the island, and we immediately went up the lighthouse to take pictures. 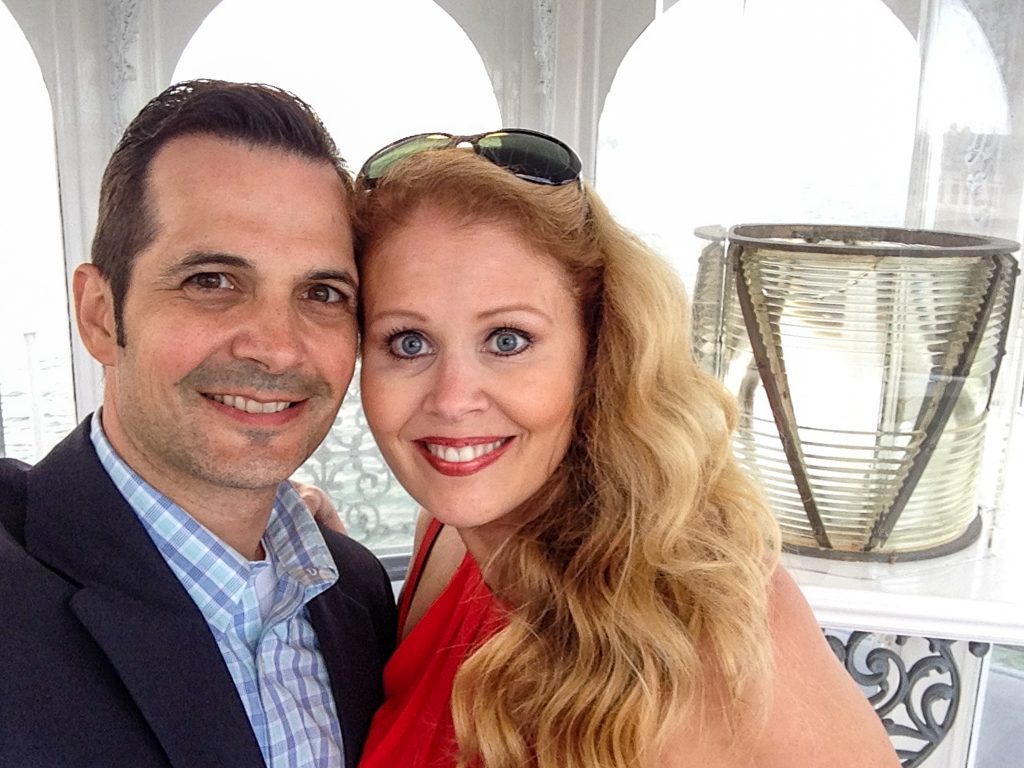 We were in awe when we entered the restaurant.  It was so cozy and romantic, and you could see fish swim right past your portholes!

The meal consisted of 4 courses, and the staff was so on point it was amazing! 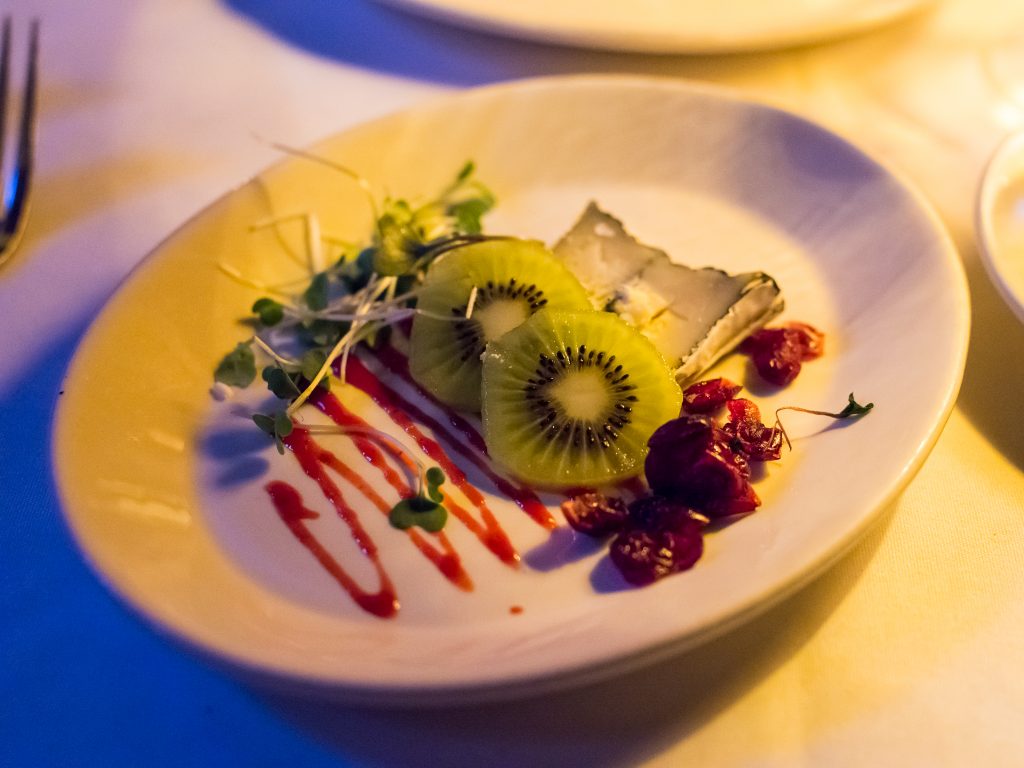 They even surprised us for our anniversary with a special dessert!

We couldn’t have had a more perfect evening! 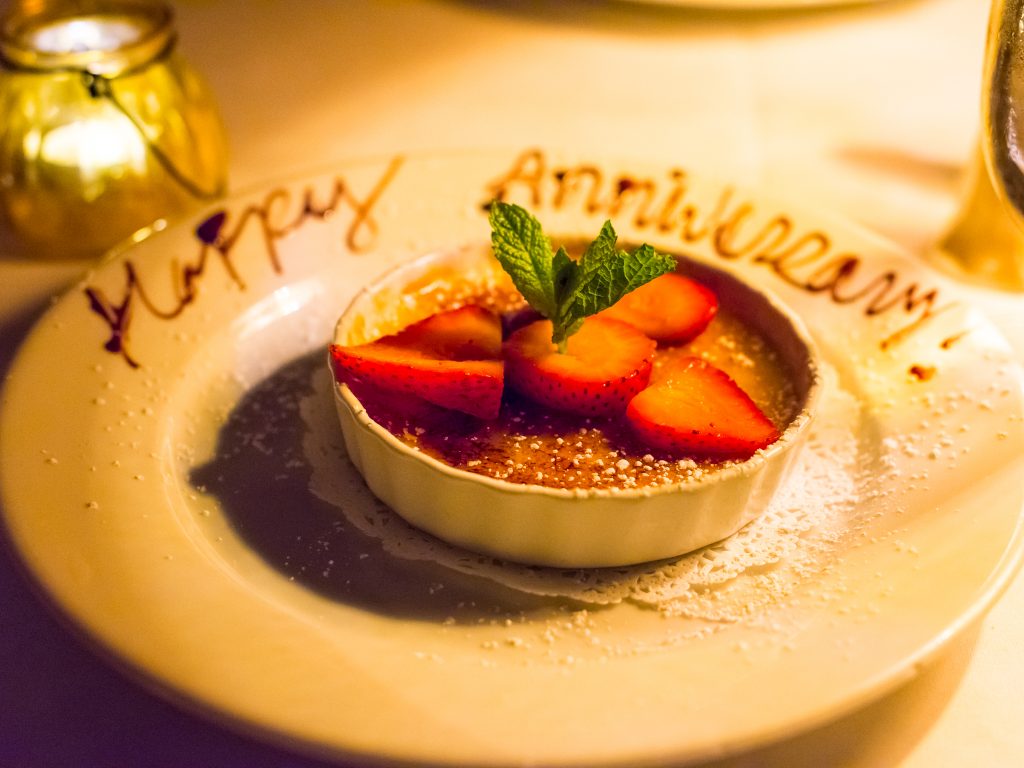 The next morning in town, we dropped by Mr Holmes Bakehouse.

She had heard about their cruffins — they are a mixture of a muffin and a croissant. We got there bright and early, which apparently was too early because they wouldn’t have cruffins for another hour, which we didn’t want to wait for.

We did try some of their other yummy pastries, including a sugar sprinkled donut filled with a mango filling. That was worth the trip right there my friends.

They also had delicious croissants and a pricklypear pastry. 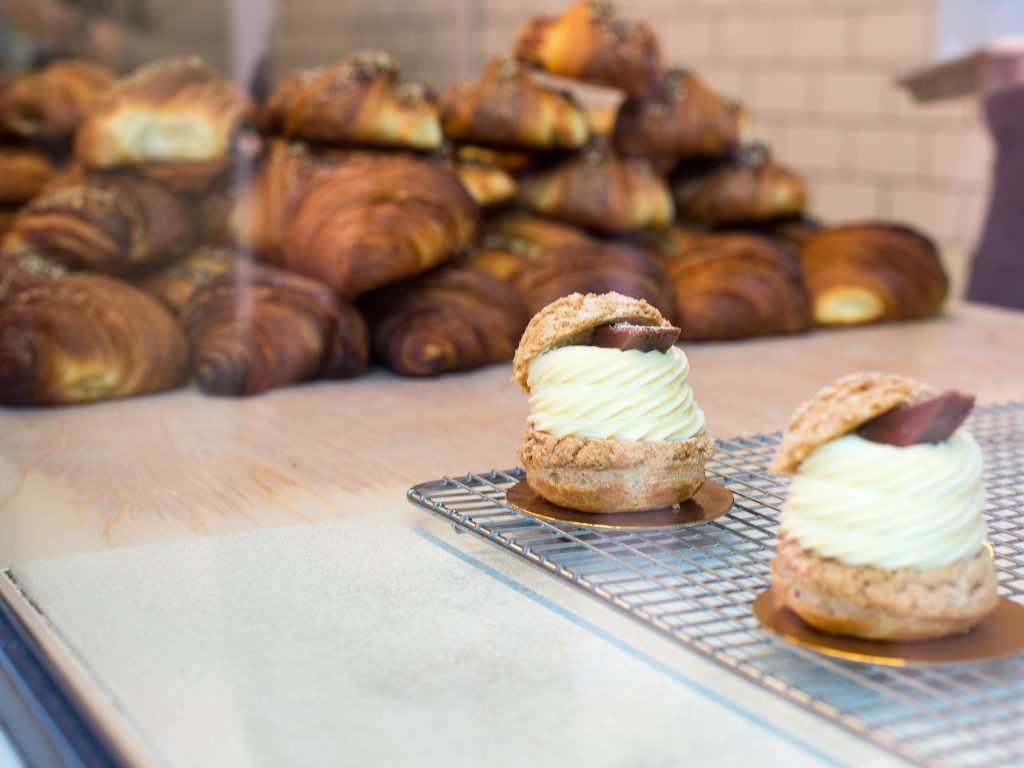 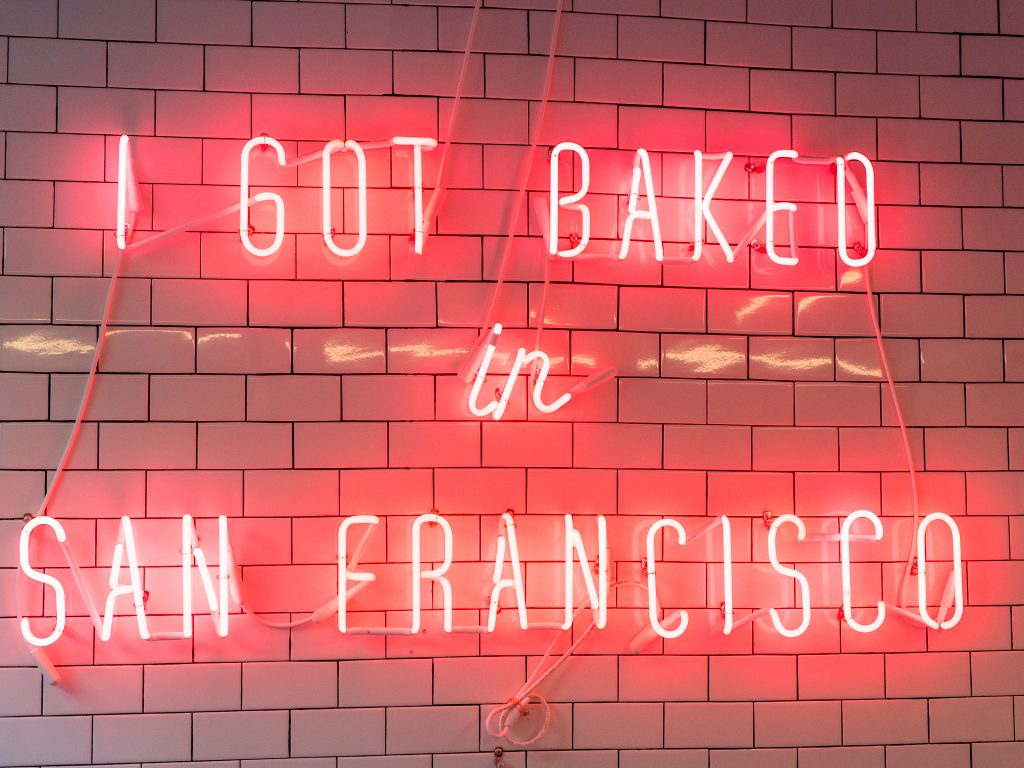 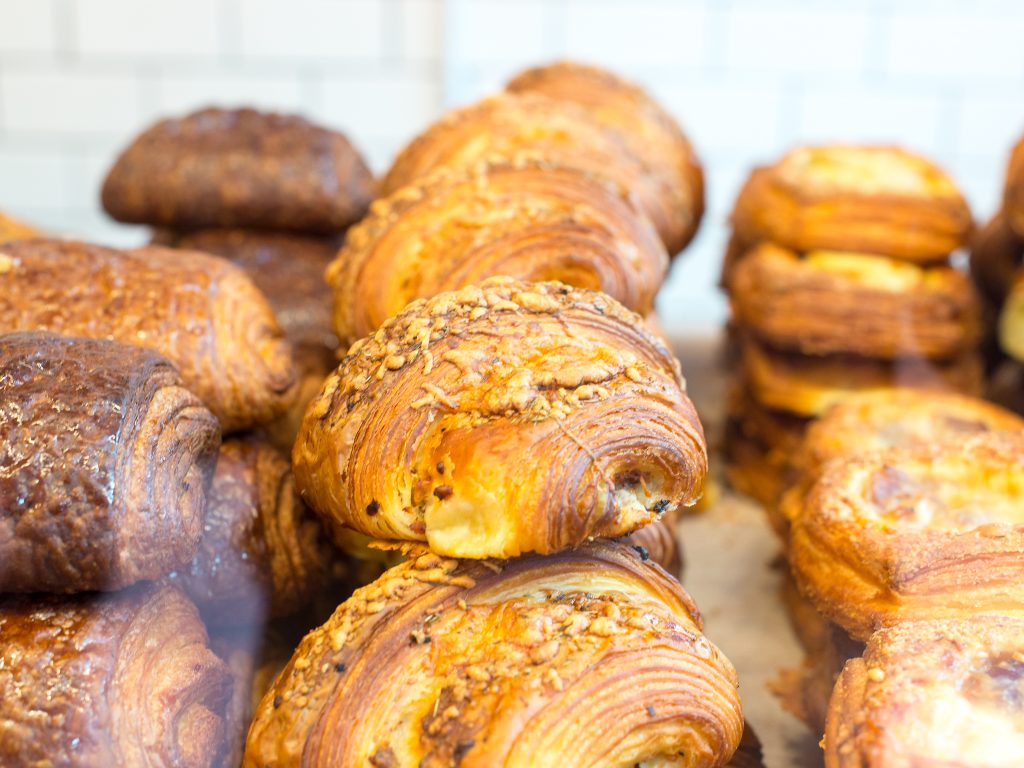 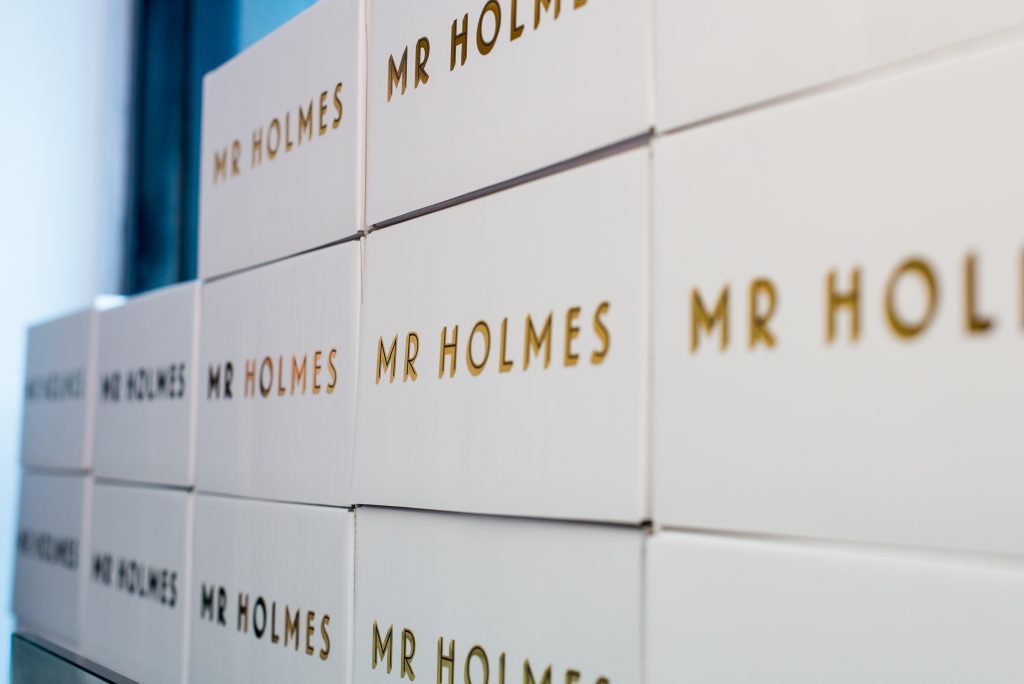 So there you have it.  Our Top 8 recommendations for places to eat.

But you know what’s crazy?  There are probably 30 other places to eat in town that closely compare…

Looks like we’ll probably need to make another trip to check them out. 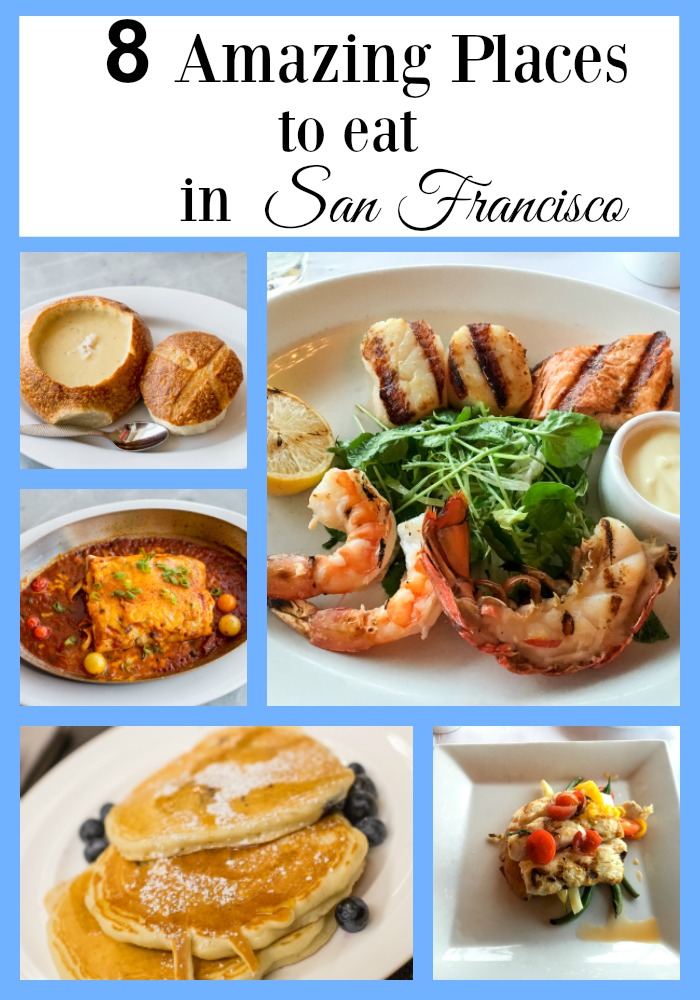